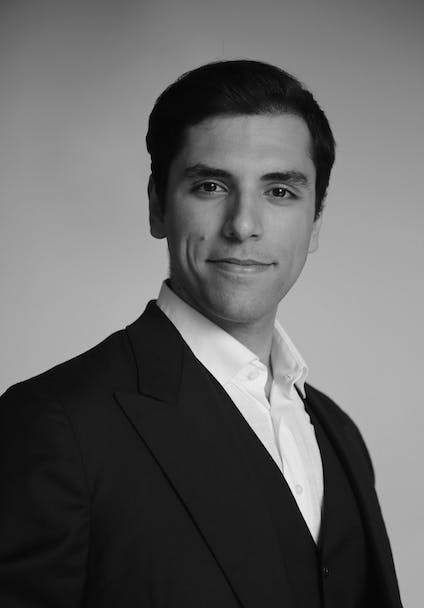 Born in Italy in 1990, Vincenzo Milletarì studied conducting in Milan, and graduated from the Royal Danish Academy of Music - in Copenhagen. His mentors include Maestro Riccardo Muti and Pier Giorgio Morandi who have both played a very important role in the development of his conducting career. Milletarì was the Second prize winner at the Sir Georg Solti Conducting Competition in Chicago, in 2015 - and went on to win the first prize and the audience Heracomm prize at the 10th Toscanini International Competition - in Parma in 2017. Vincenzo is rapidly establishing himself among the most interesting Italian conductors of his generation. He recently made a brilliant debut at the Royal Swedish Opera House in Stockholm conducting Rigoletto. After a successful debut at the Royal Danish Theater, in Copenhagen, in 2018, he was immediately re-invited for the 2019/20 season. In 2015, he was the only Italian student invited to the Italian Opera Academy in Ravenna by Riccardo Muti, where he conducted Verdi’s Falstaff under the guidance of the Maestro. In 2017 he made his debut at the Valle d'Itria Festival with a symphonic concert and assisted Fabio Luisi in the production of Margherita d'Anjou by Meyerbeer. In the symphonic field, he recently conducted the Toscanini Symphony Orchestra, Odense Symphony, Aalborg Symphony and La Verdi Milan Orchestra. Vincenzo Milletarì regularly conducts the Copenhagen Philharmonic Orchestra, with whom he has established a strong collaboration. In 2017 they recorded together for the Brilliant label. As part of the current season 2019/20, Vincenzo will return to Copenhagen, Stockholm and Milano, and will make his debut at the State Opera in Prague, at the Fondazione Lirica Marchigiana and at the Macerata Opera Festival - Sferisterio.