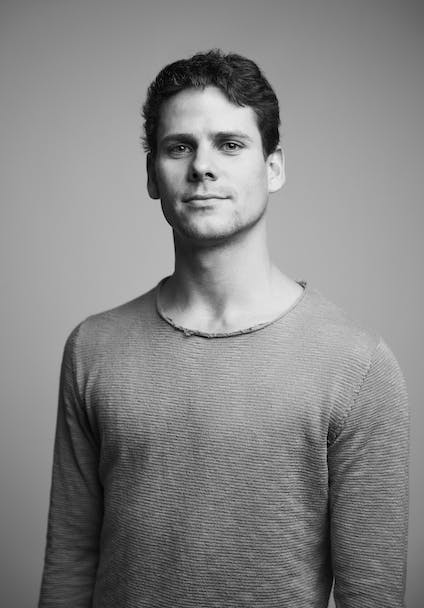 Born in 1992, Ondřej Vinklát is a graduate of the Prague Dance Conservatory (2011). While still a student, he joined the Bohemia Ballet, where he excelled in solo parts in productions such as Bolero, Rose (ch. P. Zuska), Le Papillon (ch. P. Lacotte), Indigo Rose, Un Ballo (ch. J. Kylián). In 2012, he enrolled with the Czech National Ballet in Prague, where a year later he was ranked soloist and in 2016 first soloist. Ondřej is a versatile and charismatic dancer, capable of performing in classical, modern and contemporary works alike. Therefore his repertoire includes a broad range of styles. Among his classical roles are Basil in Don Quixote, the Golden Buddha in La Bayadère, Prince in The Nutcracker, Kay in The Snow Queen, Colas in La Fille Mal Gardée to name a few. Modern choreographies include Ohad Naharin’s Decadance, Jiří Kylián’s Field Mass, Bella Figura and Gods and Dogs, William Forsythe’s In The Middle Somewhat Elevated, Alexander Ekman’s Cacti, Mauro Bigonzetti’s Der Prozess etc. He was part of the creation process for works like Jacopo Godani´s Reflections on the Fate of Human Forms, Emanuel Gat´s Separate Knots, Viktor Konvalinka’s GURU, Jan Kodet´s The Sorcerer’s Apprentice and The Little Mermaid, Petr Zuska´s (former Artistic Director of CNB) Romeo and Juliet, Libor Vaculík´s Valmont. He was awarded the prestigious Thalia prize in 2013 for his performance of Romeo in Petr Zuska’s ballet Romeo and Juliet and in 2017 for the portrayal of the Chosen One in Glen Tetley’s Le Sacre du Printemps. Furthermore he was nominated Dancer Of The Year 2018 in the magazine TANZ and Dance Europe. Apart from his career as a dancer he has also been continuously developing his choreographic interest. In 2015, Ondřej Vinklát, Marek Svobodník and Štěpán Pechar became the co-directors of the Prague company DEKKADANCERS. Various choreographies have been created by Ondřej Vinklát and his colleagues for DEKKADANCERS and other companies in the Czech Republic and abroad.

Fade In – ch. by Ondřej Vinklát, Stanislavsky and Nemirovich-Danchenko Theatre 2019;

Laterna magika
Cocktail 012 – The Best of
Graffiti
The New Stage

Laterna magika
Cocktail 012 – The Best of
Graffiti
The New Stage