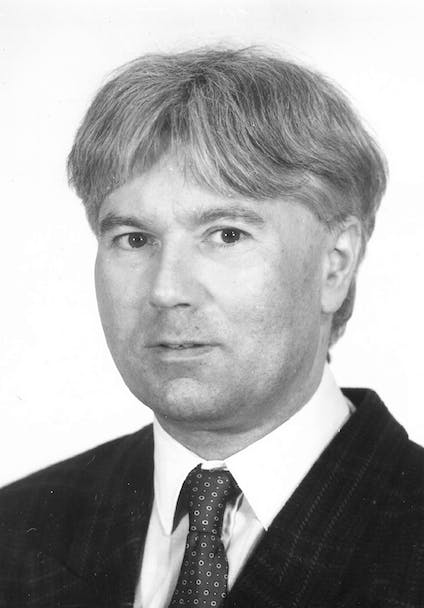 Josef Jelínek is a graduate of the Academy of Performing Arts in Bratislava. After working for the Municipal Theatre in Zlín, since 1983 he had designed costumes on a regular basis for the National Theatre and then for the Prague State Opera (until 2012). He holds various awards from Czechoslovakia and abroad, including the Young Set Designer’s Award, the Prize of the Ministry of Culture of the Slovak Republic, and gold medals from the Triennial in Novi Sad, the Prague Quadrennial Exhibition in 1983 and the Czech Lion in 2002. He has to his credit costume designs for more than 800 productions in Prague, Bratislava, Brno, Ostrava, Plzeň, Berlin, Monte Carlo, Lublan, Leeds, Bergen, Buenos Aires, Santa Fé, Seville, and elsewhere, and has also shared as costume designer in Petr Weigl’s musical films. Occasionally he also designs sets, especially for ballet. His costume designs for the National Theatre in Prague include operas Cavalleria rusticana, I pagliacci,  Rusalka  and Der Rosenkavalier. During the existence of the Prague State Opera he has created costume designs for many productions, including most notably Rienzi, Otello, Salome, Un ballo in maschera, Nabucco, Aida, Die Fledermaus, Boris Godunov, Il trovatore, Robert le Diable, Turandot, Orlando furioso, Carmen, Lucia di Lammermoor, Manon Lescaut, Vivat operetta!, Don Quichotte, Giselle, Janáček’s Katya Kabanova  andJenůfa, and Dvořák's Rusalka, as well  as ballets Swan Lake  and Giselle.  He has also created costumes designs for Tosca  and Les pêcheurs de perles  in the National Theatre Brno, operas Turandot  and Otello, ballets Raymonda  and Louskáček and  operetta The Polish Blood  for the J. K. Tyl Theatre in Plzeň, The Battered Bride  and Il trovatore  for the Slovak National Theatre in Bratislava. In 2012 Josef Jelínek was awarded the prestigious Thalia Award for his lifelong achievement.