For two nights in October Anton Keremidtchiev will sing the role of Simon Boccanegra for the first time on the stage of the National Theatre on Friday, October 17 from 19.00. 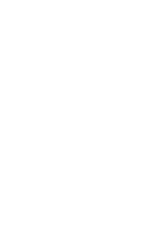 Former soloist of Staatstheater Darmstadt excelled in roles such as Giorgio Germont (La traviata), Sharpless (Madama Butterfly), Pizarro (Fidelio) Escamillo (Carmen), Jago (Otello) or Klingsor (Parsifal). From 2003 he is a freelancer and since then debuted on the stages of many major opera houses - Komische Oper Berlin, Finnish National Opera, Frankfurt Opera, Hamburg State Opera, and more.

He has collaborated with conductors of international renome such as James Conlon, Adam Fischer or Lothar Zagrosek. In the last two years, Keremidtchiev successfully played the role of Telramunda (Lohengrin), he sang it in Dortmund, Toulon, Vilnius, Budapest, Graz, Basel and at the Slovak National Theatre in Bratislava.

Friday's performance will be under the baton ofJaroslav Kyzlink and with soloists of the National Theatre such as Maria Kobielska, Ivan Kusnjer, Jiří Sulženko and others.