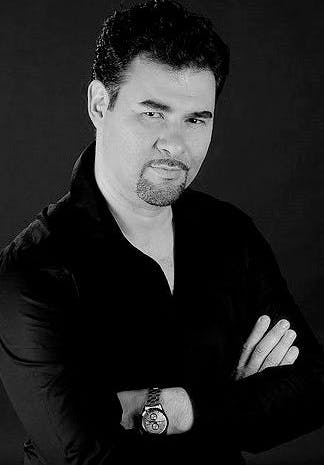 Valter Borin graduated from Giuseppe Verdi in Milan, and started his career as conductor and composer; his first concert (in 1992) at which he conducted a youth orchestra in Milan, already included his two compositions. Then he began a further career as a singer. In 1998 he won the first prize at the competition Ferruccio Tagliavini in Graz, and at the same year he debuted as Rodolfo (La bohème) at Teatro Verdi in Pisa. Since then, he has performed at many prestigious opera houses including Deutsche Oper Berlin, Vienna State Opera, Teatro dell'Opera in Rome, Arena di Verona, Théâtre des Champs-Élysées in Paris, Mikhailovsky Theatre in St. Peterburg, New Israeli Opera in Tel Aviv, La Scala in Milan, Los Angeles Opera, and in Mexico City, Hong-Kong, Peking etc. His most recent engagements include Manrico (Il trovatore) in Florence, Alvaro (La forza del destino) in Pusan, Korea, Duke of Mantua (Rigoletto) in Rome, Bergamo, Lucca and Messina, Pinkerton (Madama Butterfly) in Teatro Pergolesi in Jesi, Cavaradossi (Tosca) in Stockholm, Helsinki and Catania, Calaf (Turandot) in Malta, Don José (Carmen) in Helsinki and Tallinn. Valter Borin is also a dedicated concert singer; he has performed in Prague, too, in 2010 at the Smetana Hall with Prague Symphony Orchestra under the baton of Jiří Kout (Verdi: Requiem).