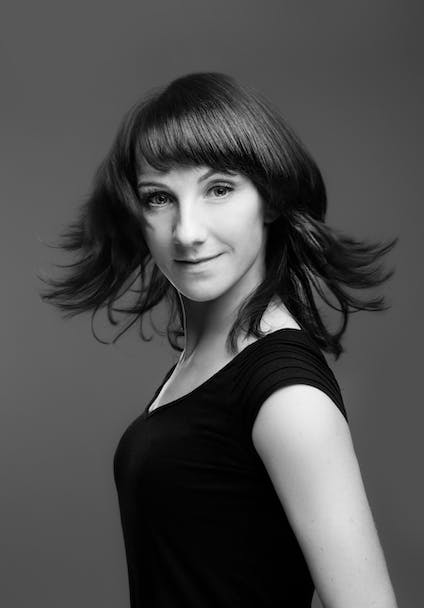 Born in Frýdek-Místek, Lenka Hrabovská studied at the Prague Dance Conservatory, from which she graduated in 2004. From 2004 to 2009, she was a soloist at the J. K. Tyl Theatre in Plzeň, dancing as Swanhilda in Coppélia, Marguerite in Faust, Mahulena in Radúz and Mahulena, and the titular role in Edith Piaf.
Since 2010, she has been a member of the Czech National Ballet, where in 2015 she was named a demi-soloist. She has appeared in roles within the entire repertoire scope, performing in the productions Brel – Vysotsky – Kryl / Solo for Three, Czech Ballet Symphony II, Ballettissimo - Reflections on the Fate of Human Forms,OHAD NAHARIN: decadance, Swan Lake (Pas de quatre) and La Bayadère (Pas d’action, Skipping Maidens). She has applied her dramatic and comedic talent in such roles as Colombina in The Nutcracker, the Unicorn and Little Red Riding Hood in The Sleeping Beauty, as well as in the part of Ruby in Christopher Bruce’s modern ballet Rooster (Moonshine).

Ballet
The Nutcracker – A Christmas Carol
Colombine
The National Theatre

Ballet
The Nutcracker – A Christmas Carol
Colombine
The National Theatre